Augmented reality could help teens take control of their mental wellness, as new research from the University of South Australia trials the next-gen technology, in a push to curb increasing rates of poor mental health among Aussie kids.

Funded by the Channel 7 Children’s Research Foundation, the world first research will test the ability of augmented reality to improve the delivery of cognitive behavioural therapy (CBT) as a treatment for symptoms of childhood anxiety among kids with asthma.

In Australia, one in seven children aged 4 to 17 years experience a mental health condition in any given year. Children with asthma are twice as likely to develop comorbid anxiety and/or depression, making them a high-risk group for poor mental health. 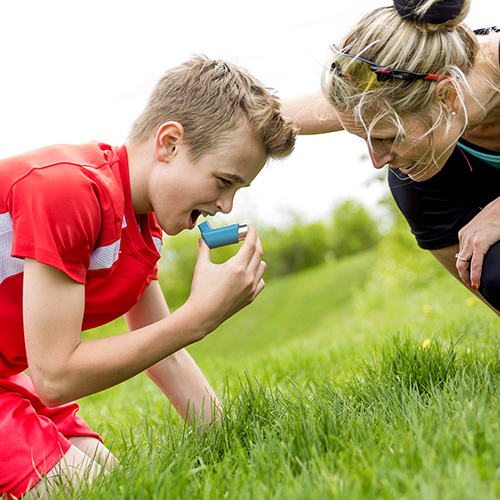 “CBT is a first-line psychological therapy that uses practical, task-based processes to teach kids how to recognise and cope with feelings of anxiety,” Sharrad says.

“Its success rate is more than eight times those of other therapies, but despite the known advantages, only 20 per cent of kids who could benefit from treatment are accessing it.

“Interactive technologies and personal devices such as iPhones, are a drawcard for most teenagers, so by developing novel iHealth solutions using augmented reality, we’re hoping to increase the appeal and engagement rates of CBT.

“In turn, we expect kids to interact more regularly with the technology, which will ultimately deliver positive impacts for their mental and physical health.”

After four months, the research team hopes to show that teenagers using the augmented reality iHealth resources will have used the tools more frequently and for longer sessions, leading to reduced symptoms of anxiety, improved lung function and asthma control, and overall, a better quality of life.

With the flexibility and personalisation afforded by iHealth interventions, it is not surprising that new health technologies are gaining in popularity, especially amid isolation caused by Covid-19, where they can facilitate health therapies while social distancing.

“One of the greatest benefits of augmented reality is its ability to put the user at the centre of the experience, which increases their motivation to engage and learn,” Sharrad says.

“CBT is already very person-centred and flexible, but by adding augmented reality, we’re increasing its appeal, personalisation and access for many more Australian teenagers in need.”